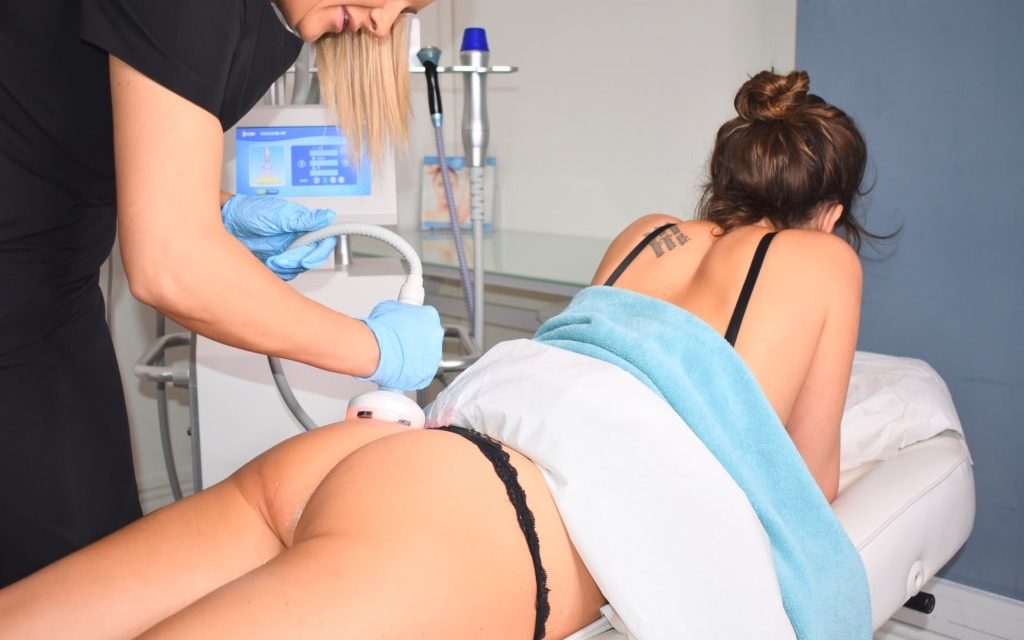 Danielle Lloyd has perked up her bottom with a non-surgical bum lift designed to create a curvy Kim Kardashian look without the risk of life-threatening surgery.

The model mum-of-four visited Liverpool Lipo clinic in Liverpool city centre to try its 360 bum lift, which combines four technologies to target all areas around the bum cheeks.

She was keen to shape her rear but didn’t want to go under the knife after two women tragically died this summer, suffering complications from Brazilian butt lift operations abroad.

The British Association of Aesthetic Plastic Surgeons has warned that the Brazilian butt lift, which injects fat from another part of the body into the buttocks, is the most dangerous cosmetic operation to undergo with the highest death rate of all procedures.

Since the media highlighted the shocking number of deaths many women, like 34-year-old Danielle, have been searching for a safer alternative.

In response to demand Liverpool Lipo clinic has created a bespoke non-invasive four-point treatment which gives a perfect pert result.

The 360 bum lift uses fat freezing, radio frequency, cavitation and shockwave therapy to stimulate collagen and make the bottom look larger and more rounded, tighten the surrounding skin and reduce inches above and below the bum cheeks to give it a perkier shape.

“So many women do want a bum like Kim Kardashian and they love showing off their shape on social media, but they’re scared to get surgery because of all the horror stories in the media about what happens when it goes wrong. In the past few months we’ve noticed a big increase in people asking what treatments they can have instead because they don’t want to put themselves in danger. That’s why we’ve created the 360 bum lift, so they don’t have to have unnecessary surgery. It’s non-invasive, so there’s no risk, it has no side-effects, no pain and no downtime – and the results are great.” – Glenn Pringle, owner of Liverpool Lipo

The 360 bum lift includes fat freezing above and below the bum cheeks to help get rid of stubborn areas of fat, cavitation to the saddlebag areas to melt away unwanted fat, and radio frequency to the cheeks to firm, tighten and lift them. It also improves skin texture, the appearance of cellulite and reduces stretch marks.

“We don’t have a rigid approach for everyone because obviously people come in all shapes and sizes so they require different things, so we combine the technologies in a way that’s specific to each customer. For some clients we’ll start with inch loss and then focus on skin tightening, whereas others might just need a bit of lifting so for them we’ll concentrate more on radiofrequency and shockwave. But we’re always working 360 degrees around the bum cheeks, that’s where the treatment gets its name, so we always target the saddlebag area, underneath and above and the buttock area itself.” – Glenn Pringle

Glenn says one session is enough to show results, but Liverpool Lipo suggests 3-6 sessions, one per week, for maximum pert tightening. That will last around six months and then maintenance sessions are recommended once a month.

“Like a lot of women, even though I exercise regularly I still do need a bit of help with some areas, especially after having four children. After reading about those women who died after having Brazilian bum lifts there’s no way I’d put myself in that kind of danger, so I was interested to see if a non-surgical version could work as well. After my first session I can already see a difference in the shape, it looks and feels rounder and tighter already, so I’m really happy with it.” – Danielle Lloyd 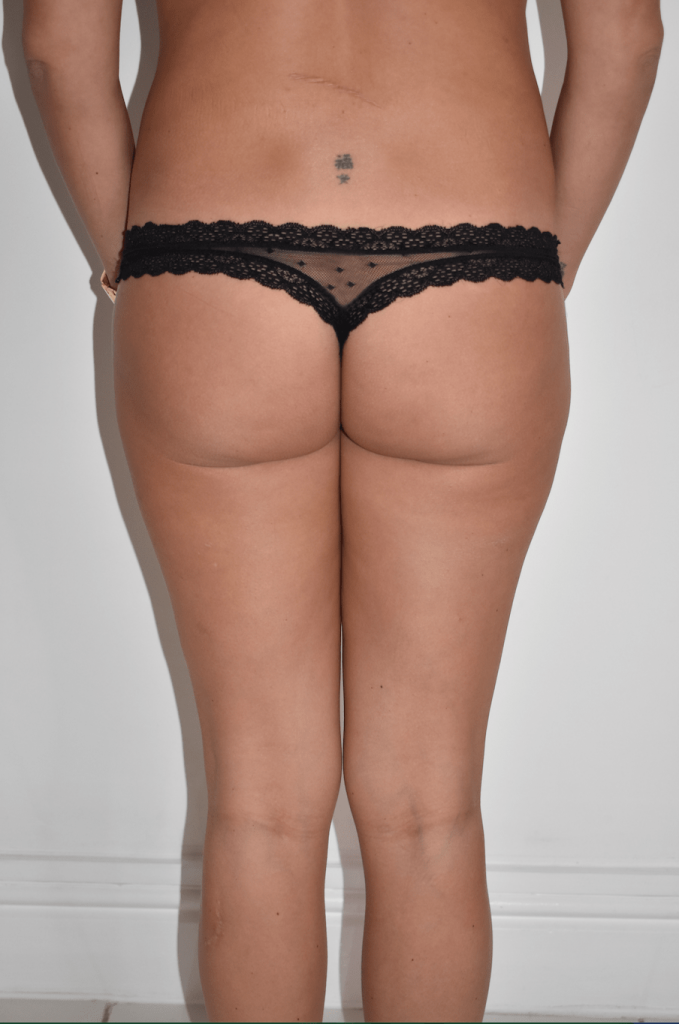 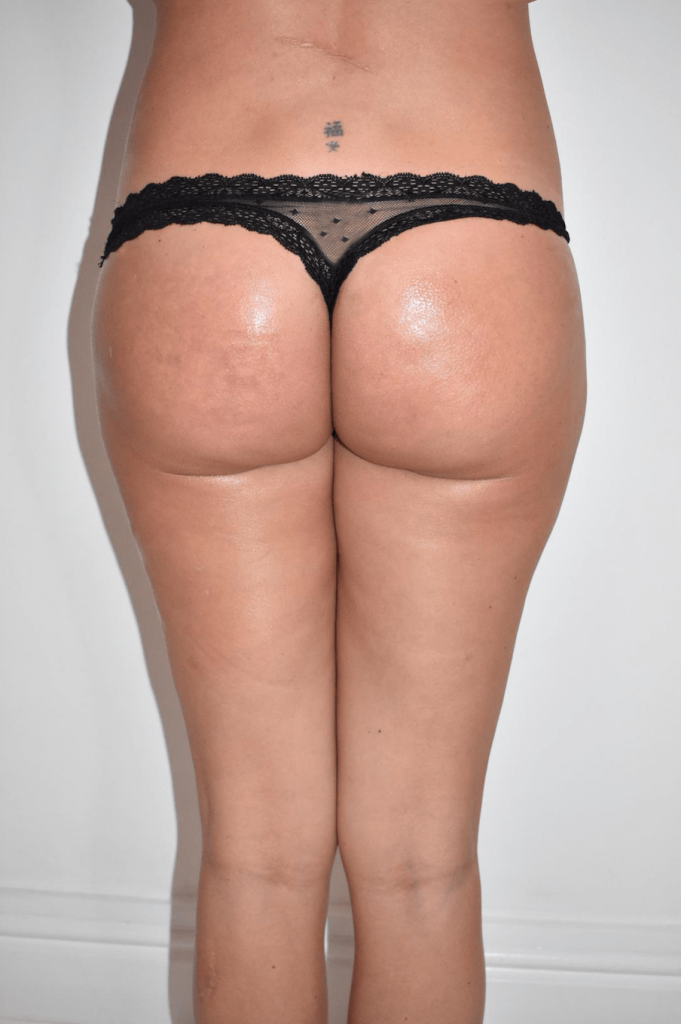 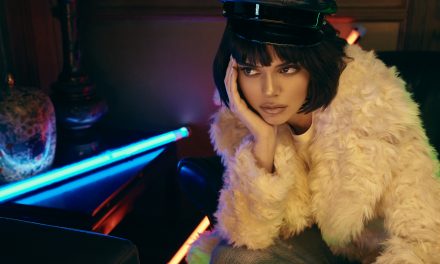 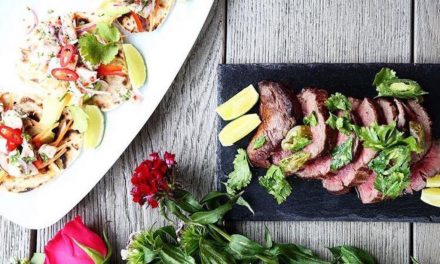 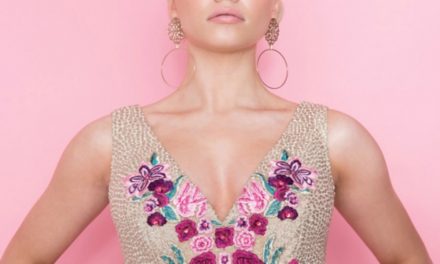 STYLE WITHOUT STRINGS: SEE IT, LOVE IT, HIRE IT 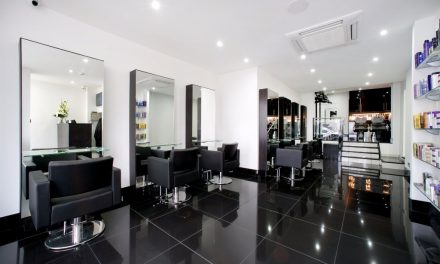