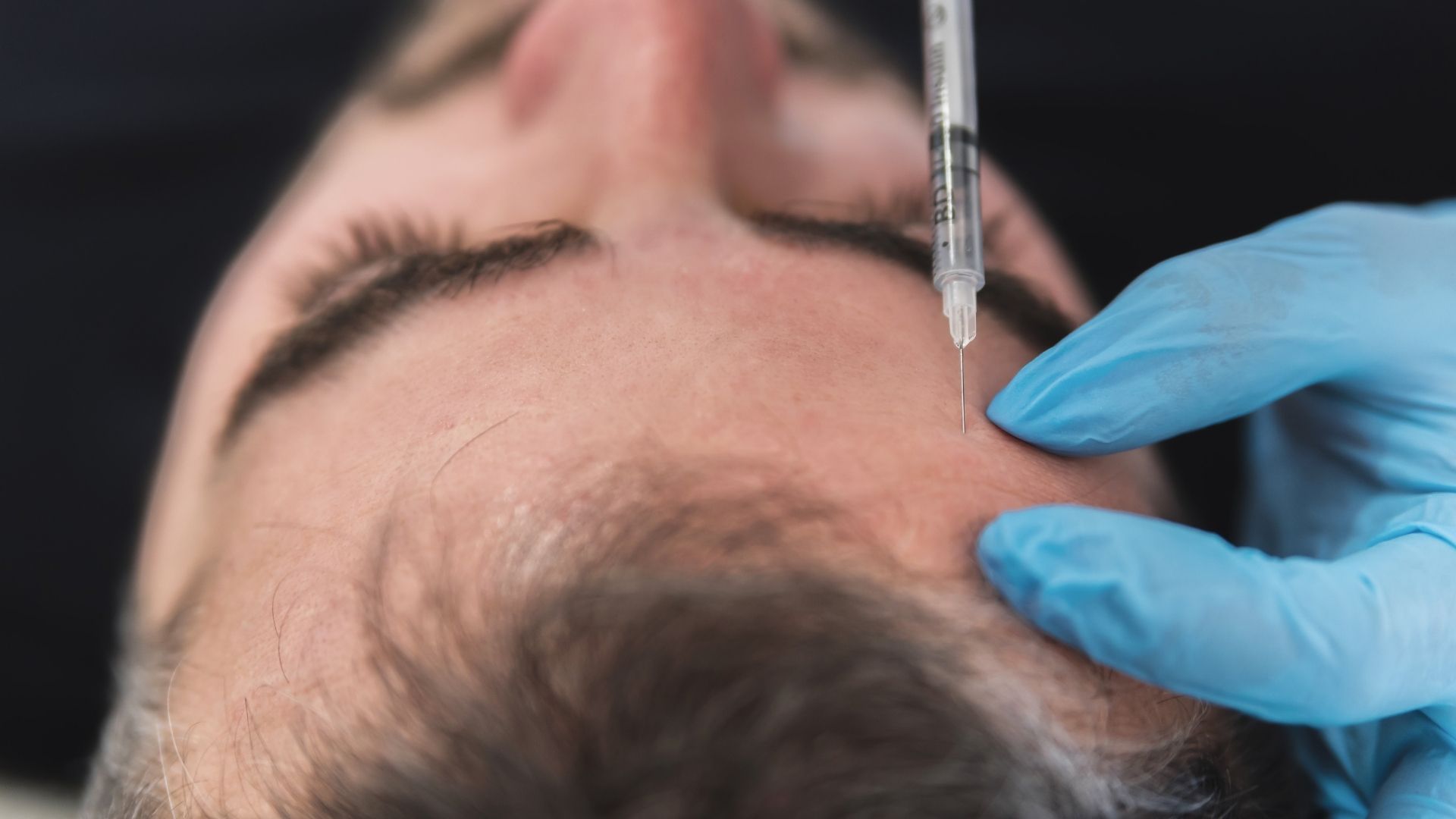 Aesthetic practitioners across the board are reporting a rise in men having cosmetic procedures, with some suggesting as much as a 70% rise in enquiries from men. It’s thought to be prompted by the so-called Zoom Boom, where hours of online meetings have meant increased scrutiny of people’s reflection.

However, if men are looking to invest in some ‘tweakments’ they need to do their research and find the right practitioner and product, warns Dr Martyn King, as he reveals choosing wrongly can lead to feminisation of the male face.

Dr King, Director of the Aesthetic Complications Expert Group (ACE) Cosmedic Skin Clinic and brand ambassador of UTH (https://uthaesthetics.co.uk/) a new brand of dermal filler with some of the lowest toxicity levels on the market, reveals all to us on the rising trend of dermal filler for men…

Have you seen an increase in the number of men attending your clinic for dermal filler?

Although the biggest proportion of those coming to clinic are still ladies, we are seeing more and more men coming through the doors. Just recently I have had a few men who would never have entertained having filler just a year or so ago. And not the kind of very polished, well-groomed man you might expect, we’re seeing real diversity. More builders, mechanics, and those from jobs that I guess you would say were stereotypically quite ‘masculine’.  So, yes, we are seeing a different trend.

Why do you think there has been an uplift in dermal filler for men?

I think it’s being driven by quite a few reasons, obviously we had the lockdown and people have been using Teams and Zoom more. They are looking at their own faces more. I think people are generally quite fed up now so they want something that will make them feel better. Also, I appreciate that certain industries and businesses have really suffered, but your general working person who’s been working throughout and not spending the money on entertainment and holidays and going out, might have a little bit more disposable income and they want to spend it on themselves.

What are the differences between treating men and women?

There are some big differences in treating men and women. Certainly, with men there are differences in anatomy. They have a different bone structure, they have thicker muscles, they have heavier skin. The shape of the face is completely different too, men are a lot squarer where ladies faces are more rounded with softer features. When you’re doing dermal fillers in men you do really have to take this into account.

It’s probably harder to treat men because if you treat men wrongly you can feminise the face. Ladies’ facial features are more rounded where men are generally more angular and a bit more squared off. Obviously with fillers it’s easier to make somebody appear rounded than it is square.

In ladies you can inject a reasonable volume in a single bolus, so you can do individual injections in one spot. With men you tend to inject more with cannulas so injecting more in threads or lines.

Also, often men don’t mind looking a little bit lined/rough whereas ladies you get a little bit of a line, or a wrinkle and they want it gone and that’s well known in the industry and with celebrities when you look at them. So, with men we’re not trying to get rid of every line and we don’t want to make a male face completely smooth. Even the simplest of things like the nasolabial fold from your nose to your mouth, in a woman you’ll want to make that not completely disappear but a lot softer, whereas with men you do want to give them the odd sharp lines here and there.

Which types of aesthetic treatment are the men you see opting for?

It’s quite often under eye and mid-face that men need from a fillers point of view. There was a little bit of a fashion recently with ladies and jawlines/jowls, but men often aren’t so bad in that area of the face.

The main thing for men is the under-eye area and just beneath the eye because there’s a difference between looking rugged and looking a bit gaunt/drawn. So, if you can just fill that area out so it’s flat rather than sunken that will really help to make the male patient look younger. In a lady you would want that area not flat, but slightly elevated and that’s probably the main difference between men and women for the dermal filler treatment.

What would your advice be to a man looking to get dermal fillers for the first time?

Another reason for the rise in male dermal filler treatments is numbers and accessibility of practitioners and there’s good and bad to that really. There are a lot more people doing injectable treatments, unfortunately a lot more lay people and non-medical people are doing them so my advice to men getting dermal fillers for the first time would be really to go with somebody medical and research the practitioner fully.

When practitioners don’t understand the anatomical structure of the face this is where feminisation can often occur. It can be quite complicated to understand how proportions and angles are different in the male face, as well as underlying muscle structures, so this is where medical training is hugely beneficial.

Finally, another important element in finding the perfect aesthetics is using the right product too. I would ask many questions about the product and why they use that brand and product. Also ask to see before and after images of previous male patients as this will demonstrate their skillset and give further reassurance.