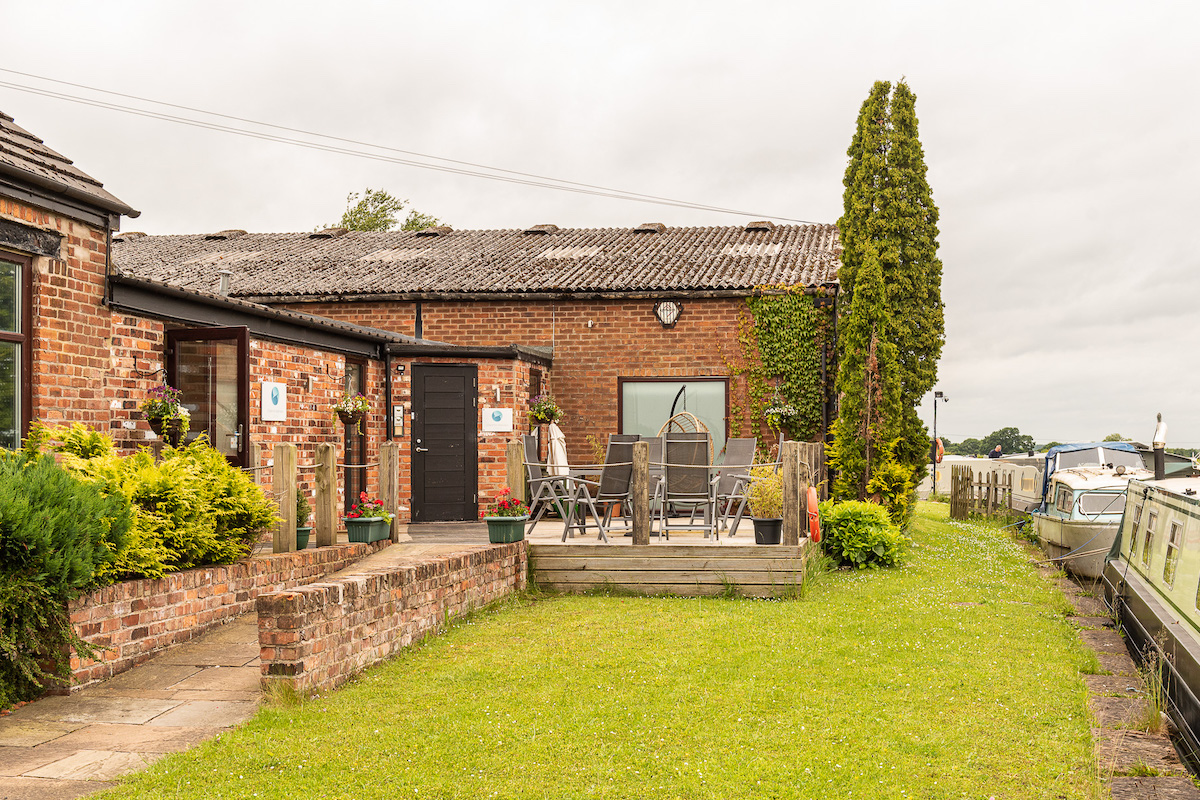 These range from hypnotherapy and counselling to yoga, reiki and sound therapy. A non-medical facility, the Cheshire Wellness Centre attracts clients of all ages. Discretion and confidentiality are key. And should anyone present with seemingly serious symptoms, Bob and his team would not hesitate to suggest other avenues of treatment within our mainstream services.

What motivated Bob, in sales since the age of 19, to make this drastic career change?

Well, unbeknown to himself and in complete denial anyway, Bob was an alcoholic. He saw his daily tipple as a perfectly normal way of life – and great fun. After all, he had never degenerated into aggression of any sort, remained sociable and enjoyed his drinking. He would never start drinking before 4.30pm, but one drink led to another, like a never-ending revolving door, and that was the daily dilemma. Like so many other alcohol-dependents, when the bad times rolled, Bob saw alcohol as his crutch to help him through – from family bereavements to the various problems life threw his way. But ultimately, the comfort he sought from drink was a delusion. It led to deep depression, anxiety and a sense of morbidity. Inevitably, his otherwise stable family life came under threat too.

By 2020, Bob had accepted the implications of his ongoing drink-induced mental and physical health problems. He suffered some liver damage, which has luckily now been addressed. Both antidepressants and counselling had proved ineffective in stopping his drinking. And even though the so-called ‘simple’ solution to his problems stared him in the face, Bob was still unable to say no to drink.  He was addicted to it and says:

“Until you really do want to give up on any addiction, and that is what it was, until you actually can make the break, nothing, just nothing, will change. Alcohol is a depressant; at the time, you feel better, but you soon realise it makes things worse.”

Then came his ‘lightbulb’ moment. Feeling isolated and desperate, fearful of losing everything, Bob turned to his exasperated and by now skeptical wife and children to announce his enrolment on a private two-week rehabilitation course near Chester. Yes, at last he had made the decision to come clean, learn to abstain and start life afresh. And since May 2020, Bob hasn’t touched a drop.

It took time for his family to grasp the change was for real. But once their trust was regained, Bob’s confidence and natural tendency to put others’ needs ahead of his own came to the fore. He now wondered how to move forwards and perhaps provide others with the opportunities for help he had never found for himself in his times of need. Bob hit upon the idea of opening his own centre. But, most importantly, it would have to be in the right location. And so, it is.

The Cheshire Wellness Centre houses six rooms of varying sizes to accommodate appointments ranging from one-to-one, hour-long sessions to larger group activities, such as yoga. Both clients and practitioners appreciate the positive affect of being closer to nature in this Cheshire Wellness Centre environment. For starters, no-one arrives so stressed by town-centre parking that ‘winding down’ takes up a third of their actual appointment.

Bob explains: “We have a holistic approach to mental health issues. One of my missions is to help normalise mental health and make it more acceptable for men to come forward. 85 per cent of our clients are female. Presently, poor mental health among males still carries a stigma. We want people to accept their problems and realise others have them too. Yes, it’s OK not to be OK. Do not be ashamed.”

With such a wide a variety of treatments and therapies on their menu, this holistic retreat has already been of help to clients of all ages, from school children and teenagers to grandparents.

If you have something on your mind, if you require ‘time-out’, if you fancy pregnancy or restorative yoga or even a bit of boxing – look up the Cheshire Wellness Centre. Bob Baker is always available for a cuppa, a chat and advice – you see, here, it’s all about being personal.