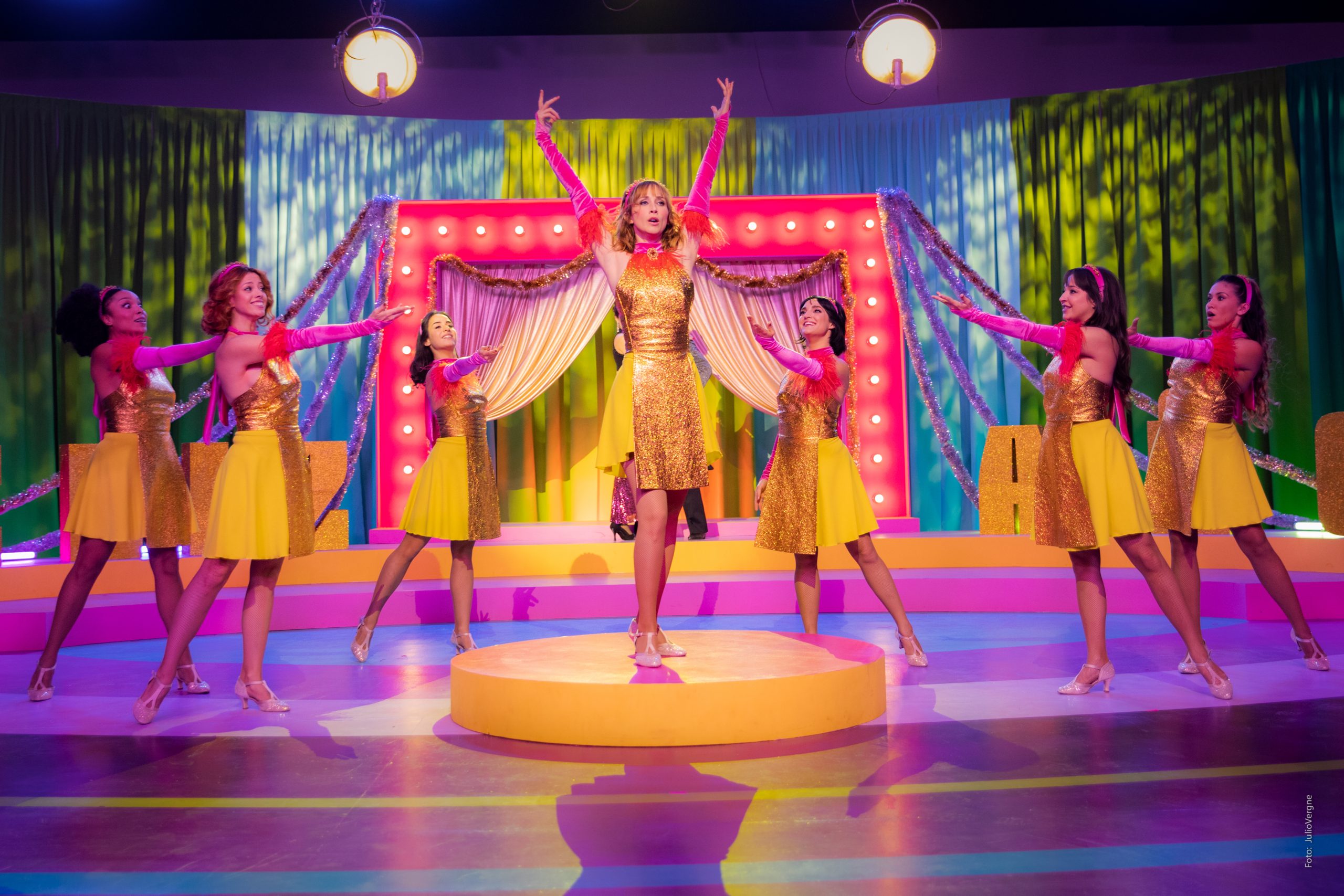 HOME is delighted to announce the full programme for the 28th edition of ¡Viva!, the UK’s largest and most popular celebration of Spanish and Latin American culture, which returns to its annual spring calendar spot as a fully in-person event which will welcome back live director Q&As and special events.

Opening the festival on Friday 18 March is Explota explota (My Heart Goes Boom!), a feelgood musical romcom told through the greatest hits of 1970s Italian superstar Raffaella Carrà. The stylish and assured feature directorial debut of Uruguayan filmmaker Nacho Álvarez stars Ingrid García Jonsson (Ana de día) and Verónica Echegui (My Name is Juani) and tells the story of glamorous young dancer Maria as she searches for love and fame against the backdrop of Franco-era Spain. Álvarez will introduce the opening night screening and participate in a Q&A following the screening on 19 March.

Also due to attend the festival is star of Spanish cinema, Icíar Bollaín who will present her award-winning new film Maixabel on 23 March. Based on real events and featuring an all-star cast including Blanca Portillo and Luis Tosar, and a soundtrack by top Spanish composer Alberto Iglesias, Maixabel took two top awards at the 2021 San Sebastian Film Festival including Best Basque Film and has received 14 nominations for the 2022 Goya Awards. Also receiving multiple Goya nominations is Clara Roquet’s captivating coming-of-age debut Libertad whose lead actress Maria Morera will attend a post-screening Q&A on 31 March. Another highly personal coming-of-age story Érase una vez en Euskadi (Once Upon a Time in Euskadi), based on the director’s childhood in the Basque Country of the 1980s, will have its UK premiere on 29 March with debut feature director Manu Gómez in attendance.

Continuing the festival’s tradition of championing new and emerging talent, this year’s programme includes 11 directorial feature debuts. These include Nathalie Álvarez Mesén’s Clara Sola, a mesmerising portrayal of the late sexual awakening of a woman with mystic powers in rural Costa Rica which will have a special Preview screening ahead of its forthcoming UK release.

Other directorial debuts in the programme include Colombian director Simón Mesa Soto’s semi-autobiographical Amparo, a powerful story of a mother’s race against time to save her son from being sent to fight in a war zone, and Nudo mixteco from Mexican actress turned writer/director Ángeles Cruz, which masterfully interweaves a trio of stories of three indigenous women in the Oaxaca region of Mexico. Another female-centred story marks the directorial debut of Spanish filmmaker David Martín de los Santos whose La Vida era eso (That Was Life) charts the unusual friendship forged between two Spanish women in a hospital room in Belgium. Two Argentinian filmmakers make their directorial debuts with vibrant coming-of-age stories – a recurring theme across the programme. Félix Juan Pablo’s Karnawal starring the famously sinister Chilean actor Alfredo Castro (Tony Manero) is set during Carnival and follows a rebellious teenager with a talent for dancing the malambo, while Micaela Gonzalo’s tale of community and solidarity in a Patagonian factory town, La Chica nueva (The New Girl) has been specially selected for the festival programme by HOME’s volunteers and Young Programmers and film students from the University of Salford.

Further titles in the programme will transport audiences across Latin America, from the most dangerous district of Santo Domingofeatured in Ivan Herrera’s Bantú Mama, to the remote coffee plantations of Antioquia, Colombia in La Roya (The Rust) and a juvenile prison in the hills of southern Chile in heartbreaking coming-of-age drama Mis hermanos sueñan despiertos (My Brothers Dream Awake) from ¡Viva! alumni Juan Sebastián Mesa (Los Nadie, ¡Viva! 2018) and Claudia Huaiquimilla (Mala junta, ¡Viva! 2018) respectively.

In addition to showcasing new work from Spanish and Latin-American filmmakers working today, ¡Viva! will continue to host archive film screenings, with the programme including two later features from acclaimed Spanish filmmaker Luis García Berlanga (¡Bienvenido, Mister Marshall!, Plácido, El Verdugo) that are lesser-known outside his native Spain: La Vaquilla (The Heifer,1985), one of the first comedies made about the Civil War which was a huge hit at the Spanish Box Office on release, and Patrimonio nacional (National Heritage, 1981), an irreverent satire of the Spanish ruling class.

Further special events taking place across the festival include the return of the free Café Cervantes Spanish-language get-together, and the Language Lab, a bespoke study session for adult Spanish language learners and film fans which will accompany a screening of La Vida era eso. There will also be short introductions to most films, delivered by the festival team and other local film experts and five specially-selected short films will precede some of the features. New for 2022 will be recorded extras from festival guests available on Homescreen – HOME’s new platform for online culture.

“We are thrilled to be welcoming back filmmakers to present their work in person to  live audiences. ¡Viva! has always given our audiences the chance to escape to and celebrate different places and cultures across Spain and Spanish-speaking Latin America, and I think we are all in need of that “cinematic holiday” right now. From our Manchester cinema screens, audiences can travel to 1970s Madrid (Explota explota), experience the atmospheric borderlands of Argentina and Bolivia (Karnawal), visit a remote coffee plantation in Antioquia, Colombia (La Roya), ramble around modern-day Seville (Nueve Sevillas), and beyond! ¡Disfrutad el festival!” – HOME’s Head of Film Rachel Hayward 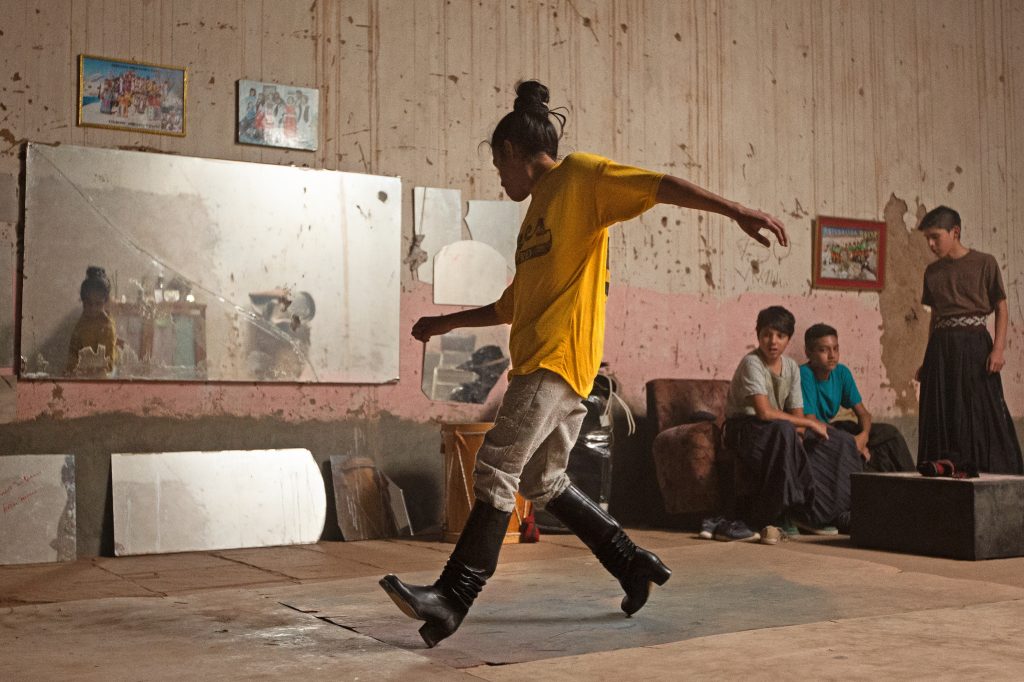 Tickets on sale to HOME Friends on Fri 18 Feb, to HOME Members on Sat 19 Feb, and to general public on Monday 21 Feb. To book tickets please visit www.homemcr.org or call box office on +44 (0)161 200 1500. All films screened in Spanish with English subtitles unless otherwise noted.